Fabulous fashion, superb sightseeing, opera and gelati… that just about sums up the magic of Milan! Whether you’re in the mood for doing some shopping, exploring great museums and art galleries, or just soaking up the atmosphere at a sidewalk café, Milan will weave its special magic and have you begging for more. 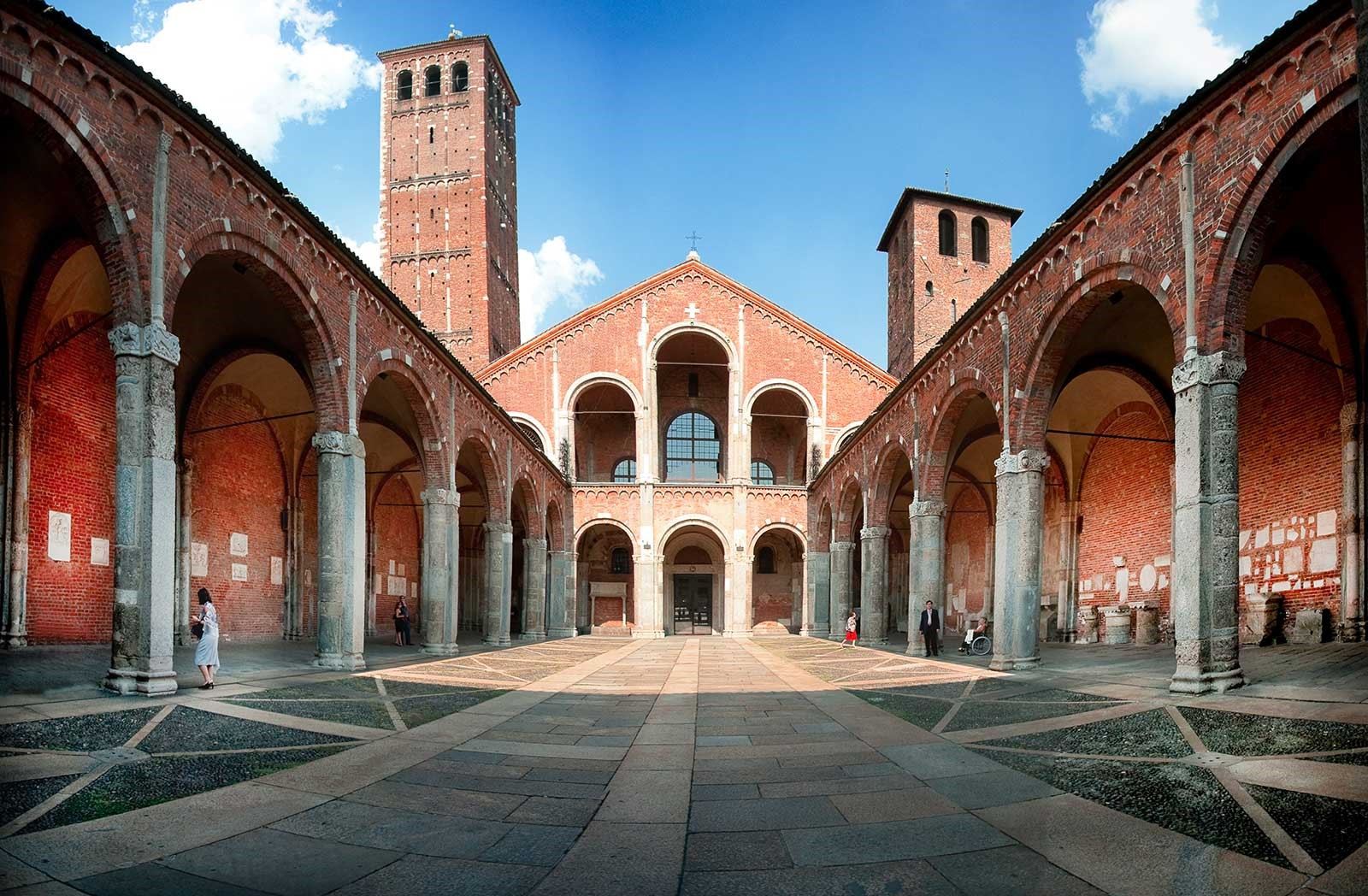 ack from a recent trip to her favourite Italian city, Sharon Preston found it hard to choose just five locations to visit in this delightful destination. But after twisting her arm she came up with a list of her five best sights to visit…

This historic castle was built by the powerful Visconti family in the 14th Century, and was then rebuilt in 1450 by the Sforza family, who married into the Visconti family and went on to become even more powerful. The castle itself is considered one of the finest examples of architecture of its kind in the country and is full of magnificent artworks by the likes of Bramante and da Vinci. It contains a number of fascinating art museums worth exploring, collectively called the Castle or Civic Museums or Civici Musei Castello Sforzesco in Italian.

One of my favourites is the Museum of Ancient Art, where you can see Michelangelo’s last work, his unfinished Pieta Ronandini. Then there’s the Picture Gallery, with magnificent pieces by Correggio, Bellini and Magenta, and the must-see Furniture Collection, boasting items from the 15th to the 19th Centuries.

Spend some time exploring the section of the castle called the Rochetta where you’ll find the Museum of Decorative Arts with its fascinating displays of ceramics, the Armoury, the Museum of Prehistory and Protohistory, the Egyptian Museum, the Library of Art, a History Archive, the Vinciana Collection and a number of other archives. 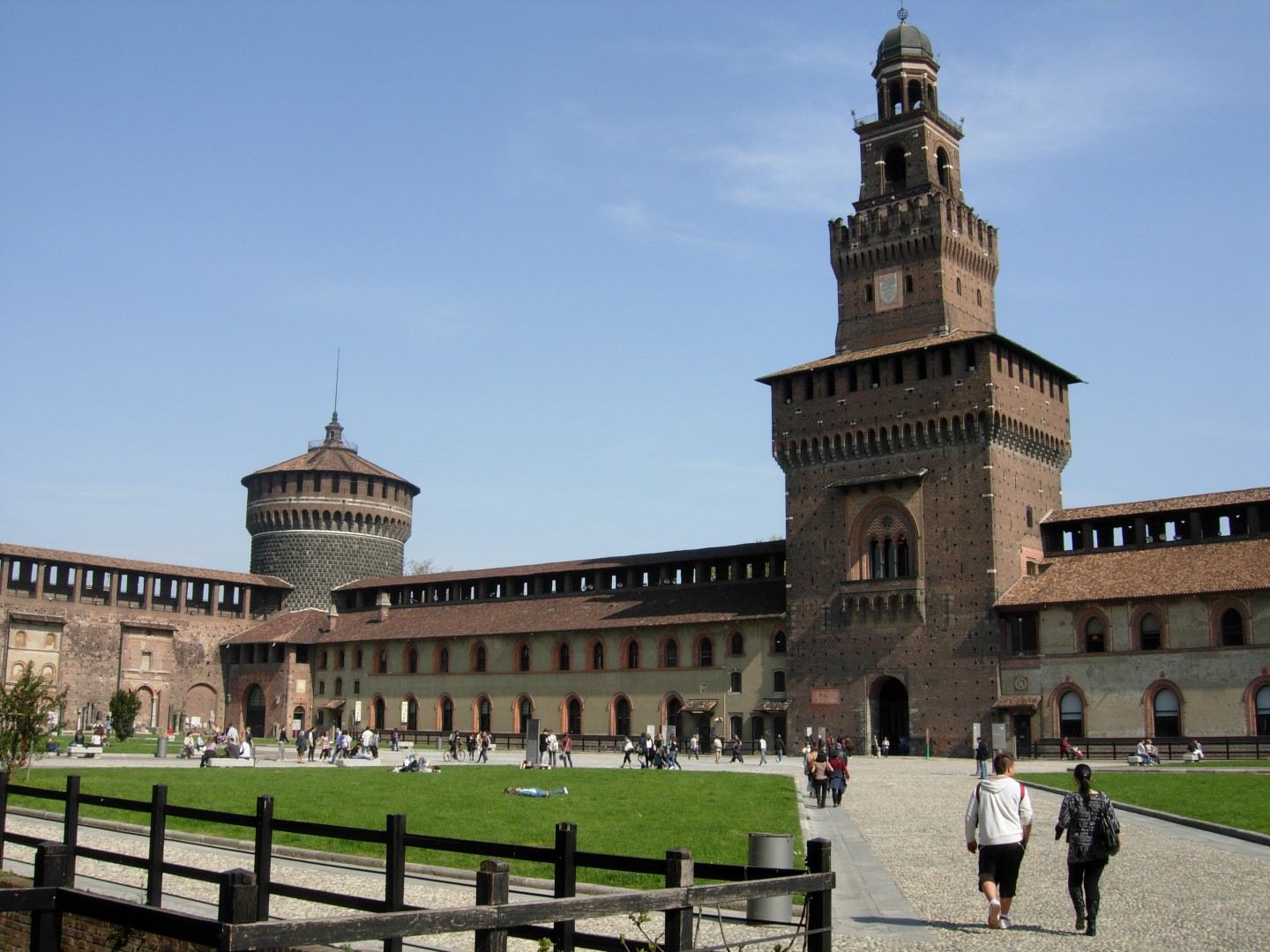 The ancient SANT AMBROGIO CHURCH was built in 379 on the tombs of St Gervasio and St Protasio. A while later, a presbytery and a monastery were also built here. These structures have all been rebuilt a number of times and now include a Canonici bell tower on the right and an older tower on the left. Explore the church with its fine Romanesque façade and its interior chapels that were built in the 16th Century. And when you are inside the spectacular interior, look out for the gold altar and some paleo-Christian mosaics.

You can’t visit Milan without exploring this fashionable area! Visit elegant Via Montenapoleone, the most important street in the Fashion District, which is lined with magnificent designer fashion and jewellery stores. And don’t forget to explore the Galleria Vittorio Emanuele II, a covered double arcade connecting Piazza della Scala with the Piazza del Duomo. Initially built in 1861, this plush arcade is home to many upmarket designer stores.

Another must-see is the world-famous Teatro alla Scala, or La Scala, first built in 1778. To this day, renowned operas by masters like Puccini and Verdi are performed here. La Scala is the largest opera house in the world and its interior is quite spectacular. Most of Italy’s greatest opera stars as well as many of the finest opera singers in the world have performed here. When you explore the theatre, you’ll see its famous foyer, beautiful auditorium, stage and pit orchestra from the boxes. Make sure to visit the museum located here to see the fascinating collection of costumes, musical instruments and portraits of some of the famous people who have performed at La Scala.

This famous square is home to Milan’s magnificent Duomo Cathedral, which took five centuries to build. It’s the last remaining Gothic structure in Milan and also the fourth largest church in the world. It comprises 135 marble spires, a spectacular triangular exterior and over 3 400 statues on its massive façade. Inside you’ll see magnificent stained glass windows, a statue of St Bartholomew Flayed and a number of fascinating tombs. Climb to the roof for a spectacular panoramic view of Milan and a chance to see the gold statue of Madonnina on the top of the spire. At the main entrance to the cathedral you’ll find the ruins of a baptistery that was originally built in the 4th Century. This is where St Augustine was apparently baptized by St Ambrose. Across Duomo Square you’ll find the fascinating Museo del Duomo which is home to many of the treasures t belonging to the Duomo.