Rising from the sea in Posillipo, there is an impressive palace of tuff with an intriguing history. Even today, the small, glassless windows of the palace seem to scan the city like so many mysterious eyes.

few years ago, I was lucky enough to have access to the beach below the palace. Via the internal stairs of the building, I went into a cave used to repair boats that has direct access to the sea. Here, I was told the whole story of this building, including the fascinating tales and legends associated with the place.

He described everything with such passion and detail, colours and sounds, that I thought I saw the protagonists of those stories all around me. While I cannot remember his exact words, I will try to tell you briefly about the history and legends of the mysterious Palazzo Donna Anna and convey the emotions I experienced.

It was built in the late fifteenth century on an old building called La Serena, owned by Dragonetto Bonifacio, appointed by Emperor Charles Marquis. Subsequently, in 1571, it became the property of Ravaschieri, who then sold it for 800 ducats to Prince Luigi Carafa di Stigliano, grandfather of the famous Donna Anna Carafa. At that time Donna Anna Carafa was considered “the first gift of Europe” for its fabulous richness. The palace was rebuilt in 1642 by the architect Cosimo Fanzago and was named Palazzo Donna Anna after the princess who, at that time, had become the wife of the viceroy Ramiro Nunez de Guzman, Duke of Medina de las Torres.

In popular belief, Donna Anna is often confused with the famous and much-discussed Queen Joan of Anjou. It was said that the queen had many lovers, and she would take her pick from the many fishermen in the area, with whom she spent nights of passion in the secret chambers of the palace. At the break of dawn, she would kill them and dispose of their bodies by throwing them from the windows. According to popular belief, the souls of these unfortunate young men roam, still, in the basement of the old house. 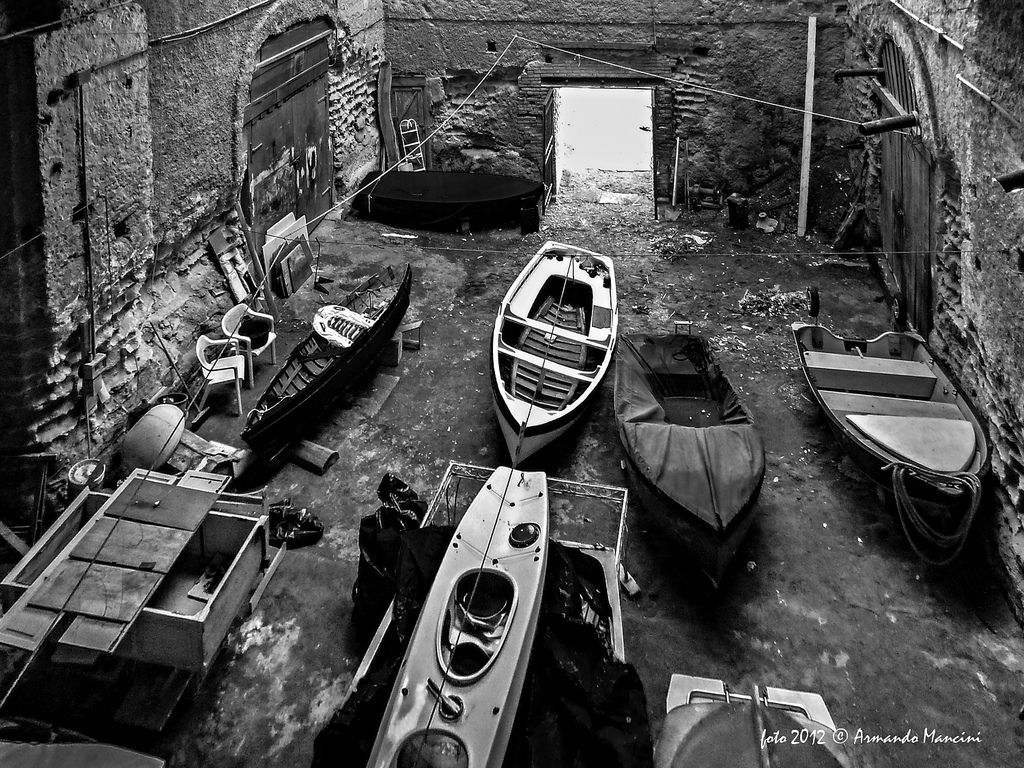 Some people swear to have seen them appear at those dark windows and emit heart-rending wails. Others, however, say that the queen would dispose of her temporary lovers from a rowboat entry point overlooking the sea, which can be seen from the beach and is still used by tenants for access to boats.

According to the legend told by the writer Matilde Serao, Donna Anna Carafa, wife of the Duke of Medina Coeli, loved to organize magnificent receptions which were attended by the Spanish and Neapolitan nobility. During one of those parties, the palace of lights shone brighter than ever. There was a bustle of servants and butlers who were preparing to moor the boats of the guests, while the rich, powerful and feared Donna Anna scornfully and proudly welcomed her guests, wearing a red dress adorned with silver.

That night, a theatre had been set up in one of the palace’s halls for the performance of a play. According to the French fashion of the time, the actors were all members of nobility. Among them was the beautiful young Mercedes de las Torres, granddaughter of the duchess. She played the part of a slave in love with her boss, who was played by Gaetano of Casapesenna.

The two acted with such passion that in the final scene of the kiss, everyone applauded with enthusiasm – that is, everyone except Donna Anna, who was overcome by jealousy at seeing her lover passionately kissing the young Mercedes. In the following days, the two women clashed violently, and then Mercedes disappeared mysteriously and suddenly. 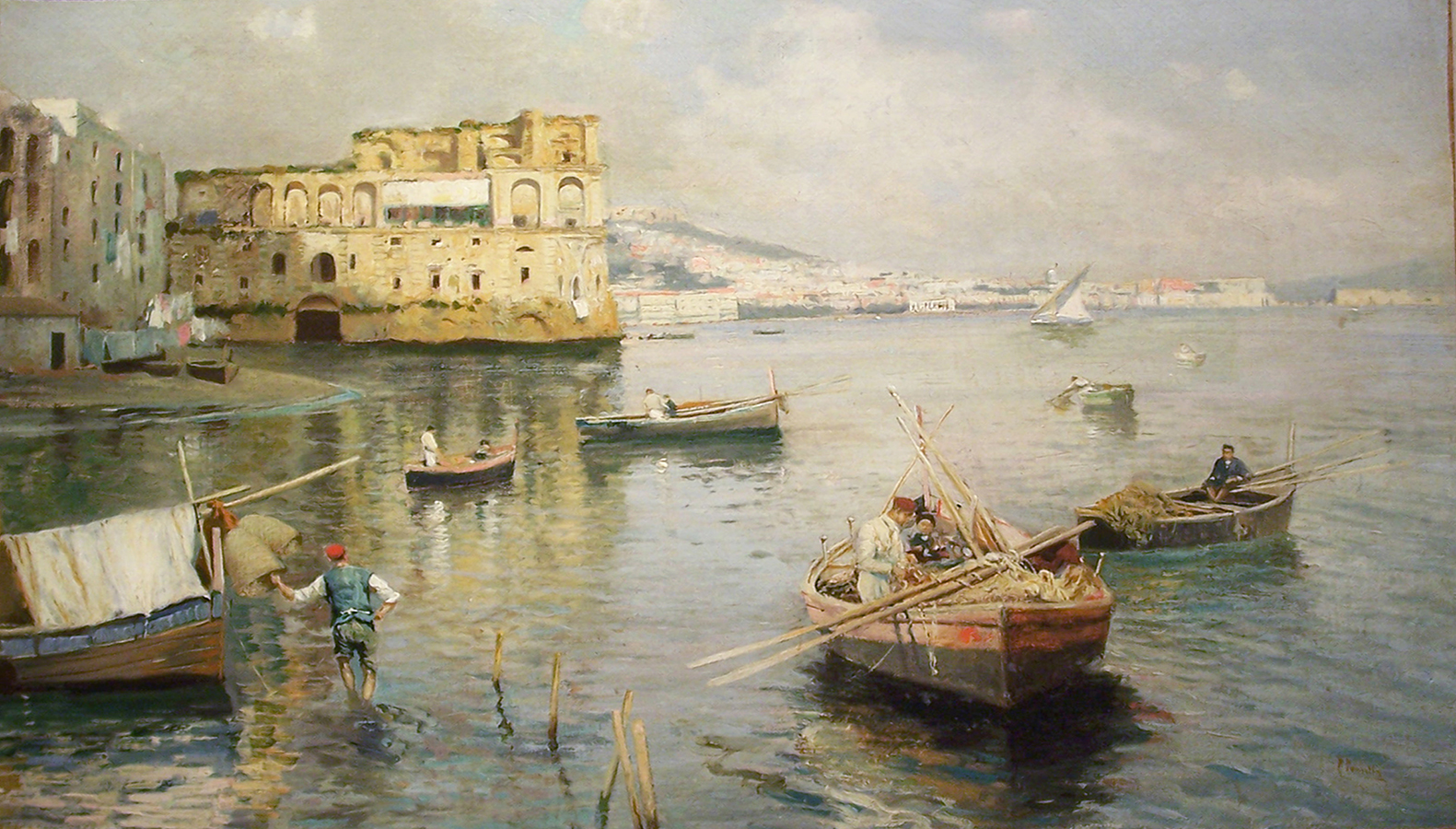 Painting of Palazzo Donna'Anna (Naples, Italy)
Rumours spread that she had taken refuge in a convent after experiencing a sudden call to religion. The unfortunate Gaetano tirelessly searched for her in Italy, France, Spain and Hungary; he begged, pleaded and cried all the tears that he had, until he died in battle. The jealousy of Donna Anna had poisoned his soul and the bitterness never left him until the end of his days.

According to legend, the ghost of cruel Donna Anna appears in the palace from time to time, as well as the ghosts of the two star-crossed lovers, Mercedes and Gaetano, who remain forever desperate to find each other again.

I hope this short story may have piqued your interest, so that when you will have opportunity to go and see the palace, your fancy will illuminate its windows once more and revive its protagonists in your imagination.