In the years 320-350 A.D. the Emperor Constantine wished to construct the first Basilica dedicated to the Apostle Peter on the Vatican hill.

e choose this site because, after the persecution and martyrdom of the Apostle, the first Christans placed Peter’s body here for burial.After the excavations conducted in 1939-1950, walking down the small stairwell today,one descends 1600 years and finds oneself in the ancient necropolis.Walking ahead he passes to the third century and then to the second century before arriving at the spot where the Christians placed the body of the martyred Apostle.

The sacred relics of the Apostle Peter in the Vatican Basilica have been found back in 1.968 thanks to excavations that have started 30 years before. During excavations, diggers working at the point directly below the altar of Gregory the Great, unearthed a sealed casket containing two cans of silver, coated with white linen. The linen was painted in red ink with the words Salvatoris et Sanctae Mariae, and Sancti Petri et Sancti Pauli. The same words were also engraved in capital letters on the silver cans. Paleographic analysis of this writing found it to be dated between the 7th and 8th centuries.

There is a little niche under the wall surrounding the monument of Constantine in which excavators have expected to find the remains of Peter. However, this area has already been inspected and nothing sensational was found at that time. These breaches contributed to the accumulation of debris inside numerous niches among which there were also small bone fragments. These fragments were collected by Monsignor Kaas. These were enclosed in a wooden box that were set aside in the warehouse of the Vatican Grottoes and were largely forgotten for a decade. Professor Guarducci became interested in what was found in previous excavations on this site, and subjected these fragments to a careful anthropological analysis starting from 1962 under the direction of Professor Venerable Correnti (chair of Anthropology at the University of Palermo). These studies led to the recognition of the bone fragments as belonging to a single male individual, aged around 60-70 years old.

The estimated physical features matched those attributes history suggests belonged to the Apostle Peter. A complication arose in the form of medieval coins, which were found in the same spot, bringing the estimated age of the find forward many years. Professor Guarducci concluded that the coins could have slipped inside the tomb through the cracks of the wall and that they probably belonged to the multitude of faithful who had for centuries been making the pilgrimage to the tomb.

They would often leave coins at the holy place. Furthermore, animal bone found at the same place could be explained by the fact that before becoming a necropolis, the site was occupied by the Horti of Nero in which there was also the famous Circus in which the Apostle suffered martyrdom. A further problem arose when Professor Correnti identified a group of skull fragments. This discovery conflicted with the centuries-old tradition that the skull of Peter should be kept inside the Lateran Basilica next to the skull of St. Paul. However, the sale of relics was common at the time, so it is still believed that the bones found belong to Peter. 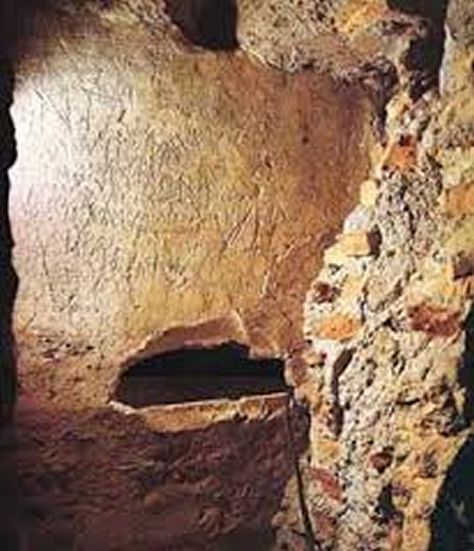 Travel tips when you are visiting Rome for the first time

Ostia – the Ancient Port of Rome

Ideas to enjoy Rome on a small budget

Travel tips when you are visiting Rome for the first time

Ostia – the Ancient Port of Rome

Ideas to enjoy Rome on a small budget

What to do in Rome