Famous for its many canals, narrow buildings, tulips, cheese and historic charm, Amsterdam is one of my favourite European cities. 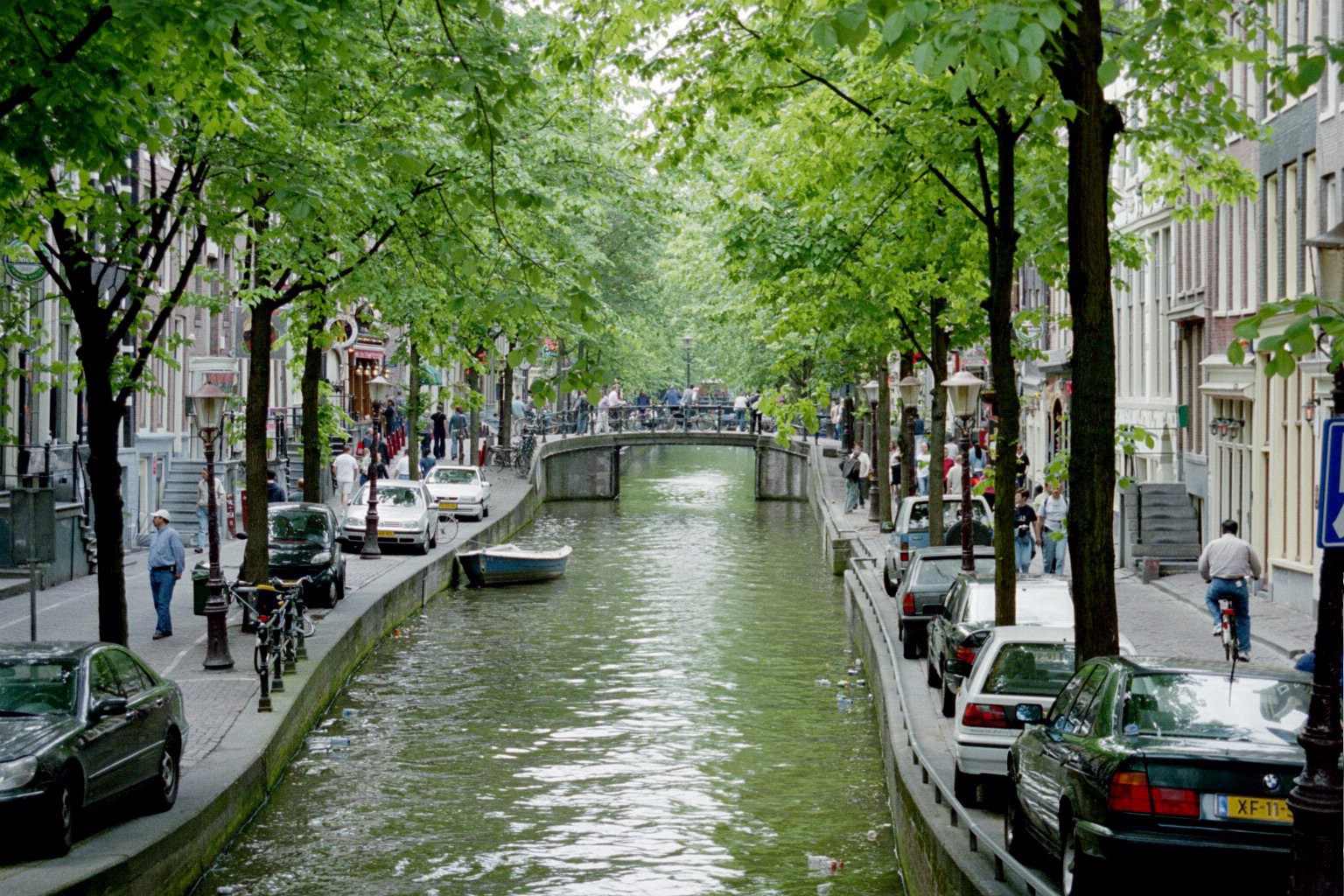 othing beats riding a bicycle or ambling along the maze of cobbled streets exploring. Amsterdam has many stories to tell and many museums and other places of interest to discover. Here are my five favourite spots in this fascinating city, not necessarily the most visited spots, but my personal favourites just the same…

One of the most popular squares in the city, Leidseplein is lined with an assortment of restaurants, coffee bars, movie houses, theatres and shops. It’s a good idea to sit down at one of the pavement cafes, enjoy a cup of coffee and watch the people go by. The square is busy day and night and there’s always lots happening here. After dark, street musicians and other performers add to the colour and excitement. While you’re in the square, take a look at some of the historic buildings around you, including the American Hotel Amsterdam, which is famous for its Art Deco interior and the Renaissance-style Municipal Theatre, the Stadsshouwburg.

This is where I go when I’m in the mood for some culture. Museumplein is home a number of famous museums, including the spectacular Rijksmuseum, or State Museum, one of the most magnificent museums in the world. The square is also often used for concerts and other events, and when I’m not exploring the museums in the square, I enjoy taking a breather in the square itself.
One of my favourite museums that is located on Museumplein is the excellent Van Gogh Museum, home to a vast collection of Van Gogh’s masterpieces. You’ll also find the Stedelijk Museum here, with stunning displays of various contemporary art, photographs, furniture and design. It’s also home to exquisite pieces by various famous 20th Century artists such as Andy Warhol, Picasso and Matisse.Near the square is the huge public park, called the Vondelpark, which contains a superb film museum, an open-air theatre and a playground.

Located in the centre of the city, this busy street is home to some famous buildings, including the magnificent Royal Palace and the Nieuwe Kerk. The beautiful 17th Century palace was designed to reflect the power and status of the Dutch Golden Age of prosperity. It was used as Amsterdam’s Town Hall until 1808, when Napoleon Bonaparte’s brother Louis took residence there when he reigned for a short while as King of the Netherlands. Right next door is the 15th Century Nieuwe Kerk, also known as the New Church. It’s renowned as the Netherlands’ most important church and has been meticulously restored. So take some time to discover its interior especially the beautifully decorated altar, a vast pipe organ, and other delights. Nearby is the fabulous shopping street, Kalverstraat, and Amsterdam Museum, which boasts an excellent art collection, some archeological finds and other items that tell the story of the city’s history. 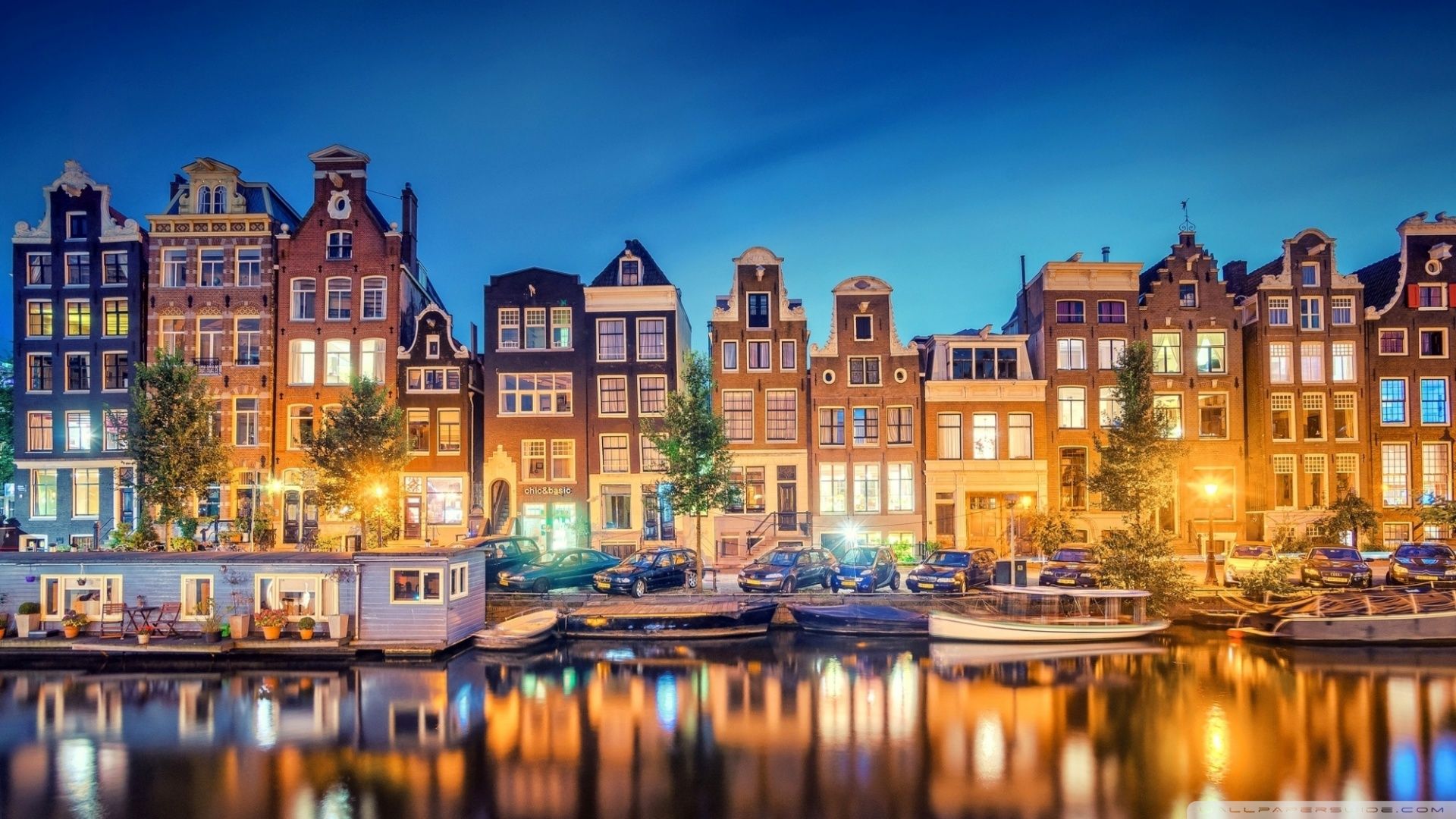 Rembrandt is buried in this famous Renaissance church. Westerkerk is also where the current Queen Beatrix was married to Prince Claus in 1966. The church, which was built in 1631, has a beautiful organ and you can also climb the 186 steps to the top of the church tower, the Westetoren, for a spectacular panoramic view of the city below. At the top of the tower you’ll find a red, blue and gold Imperial crown, donated to the city in 1486 by Emperor Maximilian.

This famous square boasts a vibrant nightlife. On the patch of lawn in the middle of the square you’ll see a statue of Rembrandt, and in front of this you’ll see a number of smaller statues that represent the artist’s most famous painting, ‘The Nightwatch’. Amsterdam’s famous Floating Flower Market is also near Rembrandtplein, located on one of the city’s oldest canals, so if you’re visiting during the day, make sure to stop off and take a look at this colourful marketplace.