Sharon Preston has just returned from a memorable trip to the beautiful island of Capri. We asked her for another must-visit location on this magical isle…

side from its breathtaking natural beauty, we found a lot to see on the Island of Capri. And yes, the Blue Grotto was definitely a highlight of our visit. But what came a close second was another treasure, the Villa San Michele, which was built at the beginning of the 20th Century on the ruins of the Roman Emperor Tiberius’ villa.

Villa San Michele was built by the Swedish doctor by the name of Axel Munthe and its gardens are quite spectacular, with breathtaking views of the town of Capri and its pretty marina as well as the beautiful Sorrentine Peninsula and, of course, famous Mount Vesuvius. The villa itself is perched on a ledge about 327 meters above the sea at the top of the Phoenician Steps, between Anacapri and Capri. The gardens are a treat in themselves, as there are a number of relics and artworks located there that date from ancient Egyptian, Roman and Etruscan times.

What a lot of people don’t know is that Dr Axel Munthe actually wrote a book about the villa called The Story of San Michele, which was published in 1929. The villa was his dream home, and of course, with such an idyllic setting, I’m not surprised. He first arrived in Capri in 1885 and built the villa here.

Capri - Villa San Michele (Capri, Italy)
And when you see this magnificent villa, you will understand why he was so proud of it. It truly is quite magnificent – and the villa is also extraordinary. It’s built on various levels, with the study on the first floor, and a circular viewpoint that looks out over the spectacular Bay of Naples. When we went inside we discovered a number of ancient artifacts on display, objects that Dr Munthe discovered while living in Capri. They include sarcophagi, busts, Roman paving, columns and marble. 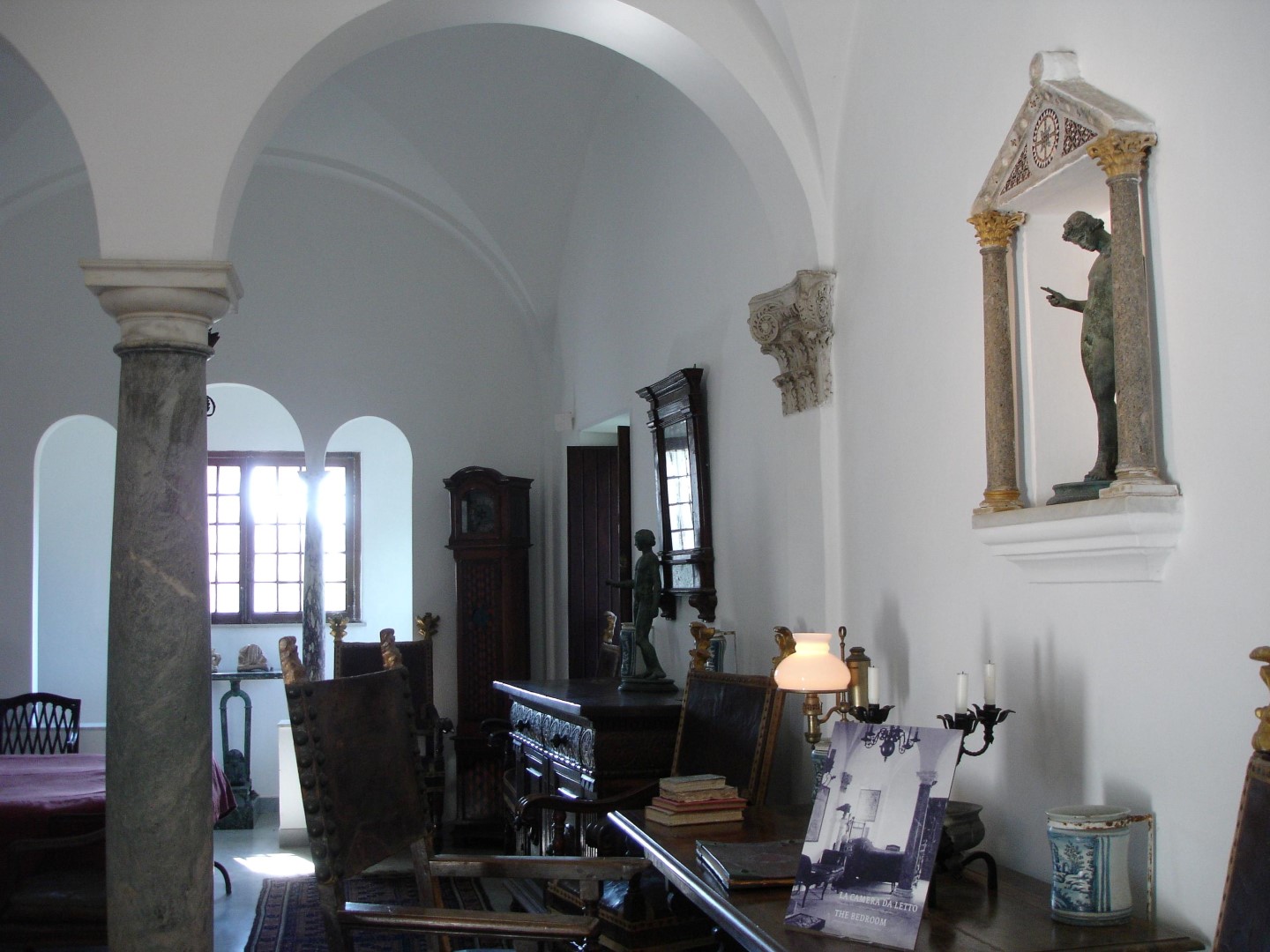 Capri - Villa San Michele Bedroom
In the garden we also found the ruins of the original temple located on the site, including a Greek tomb and a stone Sphinx that gazes over the entire island from its stunning viewpoint. It’s interesting to remember that Dr Munthe lived on the island for over 56 years and the villa, which is located on the north-eastern side of Anacapri, was his home from 1896 to 1910. Amongst the treasures he collected that are now on display in the villa is a sculpture of Medusa’s head as well as pieces of a tavolo comatesco and a table. These magnificent items were all built by Roman artisans in the 12th and 13th Centuries.